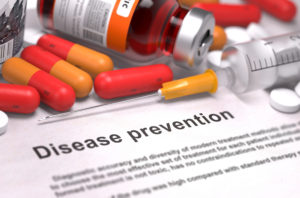 When it comes to the medical field, innovations in disease treatment and prevention are just as important as finding cures. In fact, January has been designated as Prevention Month in the United States.

In order to help spread knowledge on this subject in its latest blog Tristar Inc. reviews the top inventions for disease prevention.

Vitamin Supplements: Invented in 1935, capsules filled with necessary vitamins were used to help prevent diseases such as Rickets, Scurvy, and other diseases caused by vitamin deficiencies. These days, vitamin supplements are used by more than half of all Americans.

Hand Sanitizer: Invented in 1988, hand sanitizer prevents infections and diseases by reducing the number of microbes on a person’s hand. It is now a widely available product that is found in many schools, offices, and other public spaces.

Modern Vaccines: The first modern vaccine was invented in 1796. They are administered to prevent the contraction of diseases such as influenza, hepatitis, and smallpox. It is estimated that more than 21 million hospitalizations and 732,000 children deaths have been prevented by vaccinations in the United States over the last 20 years.

fMRI: Invented in 1990, fMRI stands for Functional Magnetic Resonance Imaging. They are more advanced than regular MRIs and can detect many conditions concerning brain function.

Ultrasound Imaging: Invented in 1956, an ultrasound is a noninvasive way to detect certain conditions and diseases such as cancer, blood clots, etc. Ultrasound imaging is also used to check the health of babies during pregnancy.

Prosthetics: Invented in 1858, prosthetic devices replace missing body parts for those who were born without them or lost them in an amputation. More than 2 million amputees in the United States use a prosthetic device.

Pacemaker: Invented in 1968, pacemakers are able to control abnormal heartbeats, which is something that impacts millions of Americans. Pacemakers can prevent heart conditions that lead to diseases such as Arrythmia.

Blood Glucose Monitor: Invented in 1971, blood glucose monitors are used to measure the amount of glucose in your blood. People with diabetes need this device, contributing to the 29.1 million Americans that this invention has impacted.